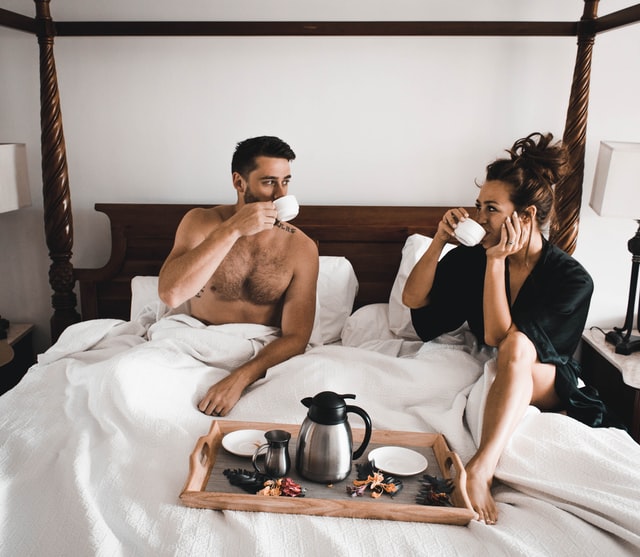 ‘I can’t get my husband to do a sperm test,’ blurted a friend at a party.

She and her husband have been trying to conceive for over a year. But despite the mutual desire for a child, and the fact they’re both on the wrong side of 35 from a fertility perspective, her husband refuses to get tested.

My friend’s husband isn’t the Lone Ranger when it comes to having his swimmers tested. Trying to Conceive (TTC) online forums are full of women asking for advice on how to convince their partners to take a sperm test.

One woman posts: ‘My husband and I have been TTC for 16 months and so far its not working. They wanted my husband to get tested… that was 3 months ago and he still won’t go. Has anyone else had trouble getting their man to take the [sperm] test?’

Another posts: ‘The doctor said he will try Clomid (fertility drug for women) but he wants to do a sperm test on my husband first. But he is refusing to do it! Not because he doesn’t want to have children etc, but feels that it is “gross” and he shouldn’t have to because nothing is wrong with him.’

As someone who’s been through IVF, I’ve heard similar stories from dozens of women. And my first reaction is one of bewilderment. Haven’t men been practicing for this moment their entire lives? Aiming issues aside, how hard is it to ejaculate into a jar?

By comparison, here’s what happened when I had a fertility test. First my gynaecologist stuck her hand up me. Then she inserted an enormous medical device into my vagina and poked around so deeply that I bled for a few hours afterwards. This was followed by a surgical procedure requiring a general anaesthetic while the doctor checked out my ovaries, fallopian tubes and uterus.

But clearly, for many men, it’s a huge deal.

In a recent article published on Salon Greg Pollock writes, ‘Let met tell you: If you ever find yourself in a real JO (jack-off) room, you won’t be laughing.’

We also live in a culture that isn’t exactly kind to men who are infertile. Virility and masculinity go together like Hugh Hefner and smoking jackets so you can see why some men would simply prefer not to know if their little boys have issues.

On the other hand, perhaps men need to be reminded that this process is actually about reclaiming control rather than relinquishing it. If the causes of infertility can be properly diagnosed then you can investigate assisted reproductive techniques and then you might be able to fix the problem.

The take-home message is that this is an opportunity for men to do something rather than passively accepting their fate.

I know that fertility tests and assisted reproduction isn’t the stuff of fairy tales. There were four people in the room when I ‘conceived’ my child and three of them were wearing rubber gloves. But once my husband and I held our baby in our arms the indignity and embarrassment of how we made her just didn’t matter anymore.

Sadly not everyone’s so lucky. But even if you are unable to have a baby, the awkwardness and struggle of trying is not for nothing. There is some comfort in knowing that you at least tried. Otherwise all you are left with is regret and wondering about what might have been — and that pain lasts longer than the embarrassment of everyone knowing that you just had a wank.