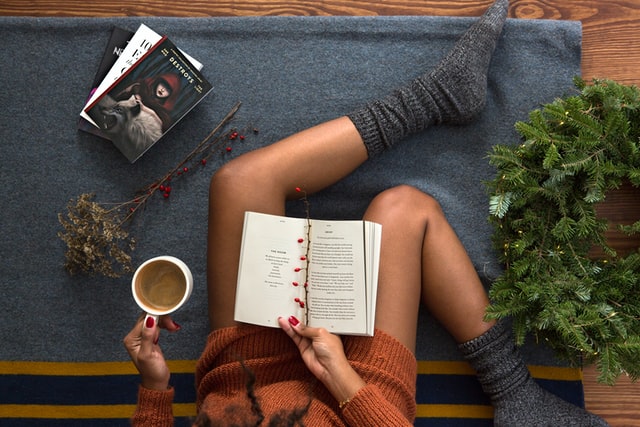 Women lose a lot when they become mothers: income, social status, control over their pelvic floor. One thing I wasn’t expecting to lose was the ability to enjoy leisure time without guilt.

Before I was a mother there was a striped neon yellow and black line marking the boundary between work and play. As soon as I clocked off I’d spend my time and money doing things that I enjoyed — for no other reason than it was fun and I wanted to.

My leisure activities ranged from cocktails with my friends to staying in bed all weekend with Mr Darcy and a tin of Quality Streets. Because I worked hard, I didn’t once feel guilty, lazy or self-indulgent.

But then I become a mother and my sense of entitlement to leisure time disappeared faster than you can say ‘Burnt Chop Mother’.

I was working harder than ever before. Motherhood, as we all know, is an industrial relations nightmare. Backbreaking labour, tortuous overtime, no statutory tea breaks or RDOs, and Fair Work Australia won’t return your calls.

But despite the fact that I’ve never worked so tirelessly in my life, the theory of ‘work hard, play hard’ doesn’t apply.

Even when I do take leisure time, I’m doing it for my daughter’s benefit rather than my own. I don’t want her to grow up believing that a woman must put everyone else’s needs before her own so I make sure that she knows that I do enjoyable things for myself.

The only way I can justify doing anything other than working, mothering or domestic work is to tell myself that I’m ‘indulging’ in leisure time in order to set a good example. My leisure time now has a utilitarian purpose, rather than being an end in itself. Which kind of defeats the whole purpose of leisure time in the first place.

I’m not the only mother who has a perverse relationship with leisure time. My friend Tessa works two days a week while her daughters are in childcare. Her daughters have just started attending childcare for a third day so for the first time in four years she has a day off from both work and mothering.

Do you think she’s reveling in her new found freedom? Not on your life. If she has the audacity to have leisure time she’s going make damn sure she feels rotten about it.

In her case, she’s in the process of renovating her house so she’s now spending her day bored out of her brain looking at tiles and taps. Since she’s no longer enjoying herself, her guilt about time to herself has subsided.

And it’s not just mothers who are in this bind. A substantial body of research shows that women are more constrained than men when it comes to prioritising and enjoying leisure time. In many cases this is due to poverty and limited available time.

Even women who are fortunate enough to have discretionary money and time feel as though they should not spend it on themselves. A 2011 study published in the journal Qualitative Research in Sport, Exercise and Health found that women — particularly mothers — prioritise leisure time for utilitarian purposes, such as to recharge so they are better able to care for their families.

‘One of the most common ways in which participants talked about leisure was to position it as something that women should do in order to promote their health and, ultimately, to enable them to take better care of others,’ said the author of the study Michelle N. Lafrance.

‘In this line of accounting, self-nurturance is constructed as an imperative; a practice women ought to engage in as it replenishes one’s repository of energy. The importance of being well, however, is not for the benefit of self but for the benefit of others. That is, women’s well-being is situated as secondary to the needs of others, particularly those of children.’

There is a lot of talk about work/life balance from governments and corporations alike. The social, physical and mental health benefits of the ‘life’ part of the equation are pretty much undisputed. But for many women this equation, while fine in theory, doesn’t work in practice.

The ‘work’ bit is made up of paid work and the ‘life’ part is taken up with domestic work and caring for children, the sick and the elderly. Because our quota for ‘life’ is already filled with things that are considered to be of little economic or social value, we feel we shouldn’t ask for anything more.

It serves the bean counters to keep the engine room of society — the endless behind-the-scenes work that allows public life to happen — lumped in with ‘life’ and therefore off the payroll. But for many women, it would be more accurate to re-write the equation to paid work/unpaid work balance.

If unpaid work was shifted into the ‘work’ category where it belongs then perhaps women would feel more entitled to include leisure activities in their ‘life’. Then ‘me time’ could be just that — for us rather than for the benefit of somebody else.