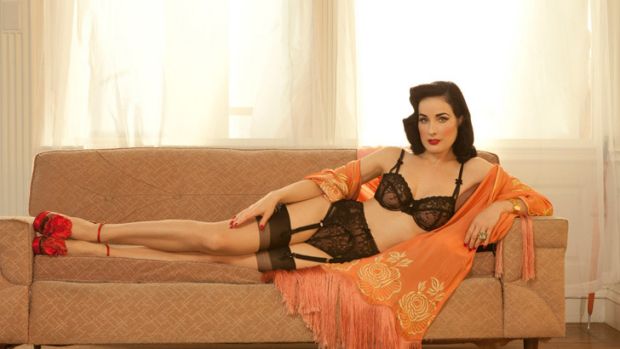 Have you ever considered why dimples on babies and George Clooney are good but dimples on women’s bodies are bad?

I am referring, of course, to cellulite.

Despite being body-enemy number one, the slight indentation of skin is a naturally occurring phenomenon. Depending on which study you read, 70 to 90 per cent of women have cottage cheese thighs or orange peel skin. If the statistics are right, you’re weird if you don’t have it.

And regardless of what a small army of health and beauty gurus might say, cellulite isn’t caused by a build up of toxins in the body, obesity or carbs. In fact, there’s no relationship between cellulite and weight, or even health. Skinny and fat people alike have cellulite. It’s just plain old lady-fat.

Cellulite even used to be a turn-on. Judging by Renoir’s nudes, it wasn’t something to be hidden away, but celebrated (unless of course Renoir was commissioned by the early 20th-century equivalent of NW to capture cellulited celebs starkers).

Cellulite is such a non-problem that the British Medical Journal, in 2002, lumped it in with other non-diseases such as having a small penis, boredom, ugliness, baldness, road rage and big ears.

You could take the word of medical boffins. But why would you, when we have the words of a real expert? I speak, of course, of none other than Dita Von Teese.

In a recent in interview with that indispensable guide to modern living, Hello Style, the burlesque superstar confirmed what, deep down, we all know, “The only cure for cellulite is good lighting.”

If a cure for cellulite existed, then surely one of the sexiest women on the planet would know about it.

The only advice that is consistently recommended by medical professionals (without a conflict of interest) is to eat well and exercise. Other than that we’re pretty much stuck with the skin we’ve got.

Why then are modern women so insecure about cellulite? Why is it newsworthy to discover that a celebrity possesses it? And why do medical researchers, who you’d think have more pressing concerns, continue to research and write papers about the efficacy of this is or that treatment?

One reason is that while cellulite is a non-problem, it’s a highly effective way to shame women about their bodies. It’s right up there with Vagisil Feminine Wash and asking Karl Lagerfeld  if your bum looks big in this.

The merchants of body hatred — also known as the diet, beauty and cosmetic surgery industries — deliberately and systematically induce our fear of cellulite.

It’s only when we feel insanely bad about our natural (and healthy) flesh that we are willing to shell out an equally insane amount of time and money being zapped by electric currents, beaten with rollers and suction pads, injected with vitamins, wrapped in stinky mud and Glad Wrap and having coffee rubbed onto our bums and hips.

Of course, these expensive, mostly ridiculous, often painful, and sometimes deadly solutions, can’t fix us, because there is nothing to fix.

If we can accept that cellulite can’t be cured, then perhaps we can start believing that it shouldn’t be cured either.

It might be a small step, but for many women, it’s a radical step in reclaiming our bodies and our dignity from those who seek to manipulate us for profit.

Next time we tune in to a current affairs show or read another magazine with yet another cure for cellulite, perhaps we should stop a moment and imagine what would happen if we devoted half as much time and effort into accepting ourselves as we do trying to fix ourselves.