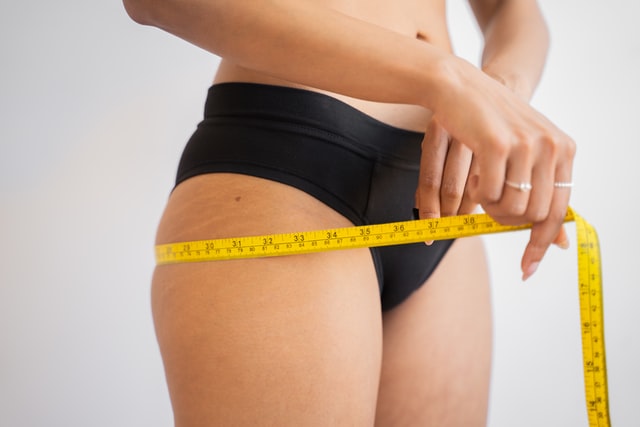 Seven years ago I wrote an open letter to my mother begging her to give up her weight loss dieting and her body hatred. I received emails from people all over the world, the letter has been shared over 10 million times, and it inspired a body image conference in Brazil.

Did my letter persuade my mother to give up her life-long quest of weight loss? Not one bit.

Like so many other women, my mum clings to the promise of dieting because, despite a life time of deprivation, punishment and inevitable dieting failure, the alternative seems worse.

To give up the quest for weight loss is to accept that we are stuck with the bodies we have. The tragedy is that we think that year after year of suffering and failing is still better than being us.

This is what weight management psychologist Glenn Mackintosh calls ‘thinsanity’ in his excellent new book Thinsanity: 7 Steps to Transform Your Mindset and Say Goodbye to Dieting Forever.

After working with thousands of patients, Mackintosh knows that learning to accept your body after being told your whole life that it’s wrong, is hard and takes work. It doesn’t come from one “ah-ha” moment (or one open letter written to your mother).

In fact, for many people complete body acceptance may be too much to ask.

“Wanting to lose weight is not all or nothing, it’s not that you have a 100 per cent desire to lose weight or you are completely free of any weight concern. It’s often a matter of degrees,” says Mackintosh. “If you make your weight a smaller focus in your life, that’s a big win”.

Body hatred and insecurity can pop up at different times during our lives so the choice to reject weight loss dieting is a choice that we may have to make over and over again.

“Diet marketing is so alluring that even if you really do understand the principles, you’ll have to catch yourself and pull yourself back from that dieting precipice, multiple times over the course of your lifetime.”

In Thinsanity, Machintosh writes that first step on the path to body acceptance – or at least reducing the importance of your body’s appearance in your life – is to accept the reality. Diets don’t work.

No, really, they don’t work. There is not, there never has been and their never will be a wonder diet that is going to succeed where all the others have failed.

“The reality is that people who try to lose weight gain more weight than those who don’t.”

Yes, but what about your colleague/friend/hairdresser/great aunt Agnes who did Atkins/5-2/Paleo/juice cleanse and lost weight and has managed to keep it off?

Mackintosh cautions people not to be fooled by the very few people who have succeeded with weight loss dieting. Diets have a three per cent success rate, so for every three people showing off their new body on Instagram there are approximately 97 who tried the same approach and failed.

“We do have to be mindful of people who overuse their personal journey. I don’t think that having that personal experience is the best qualification for helping others on that journey because we know that journey is actually ineffective for most people, and has done a lot of people more harm than good,” says Mackintosh.

Instead of continuing to chase the pot of gold at the end of the dieting rainbow, Mackintosh encourages people to focus on the process of living well.

“If you’ve started moving your body from a place of joy, you’re listening to your body’s signals and you’re eating intuitively, then you can’t ask anymore of yourself than that. And neither can anyone else,” says Mackintosh. “It’s not a cop out, it’s about learning to take care of ourselves from a place of acceptance.”

Other than the delusion of one day stumbling upon a diet that will succeed where all the others have failed, something else that perpetuates our thinsanity is body judgement – not just of ourselves but of other people.

Have they gained or lost weight, toned up, started to grey, getting wrinkles, or have bags under their eyes? These observations and body comments are often shared with the same frequency as weather reports.

“We live in this ecosystem of thinsanity, where it becomes okay to judge, criticise and deconstruct all bodies, and then quite naturally that’s being applied to ourselves,” says Mackintosh.

Thinsanity: 7 Steps to Transform Your Mindset and Say Goodbye to Dieting Forever is published by Hachette Australia.