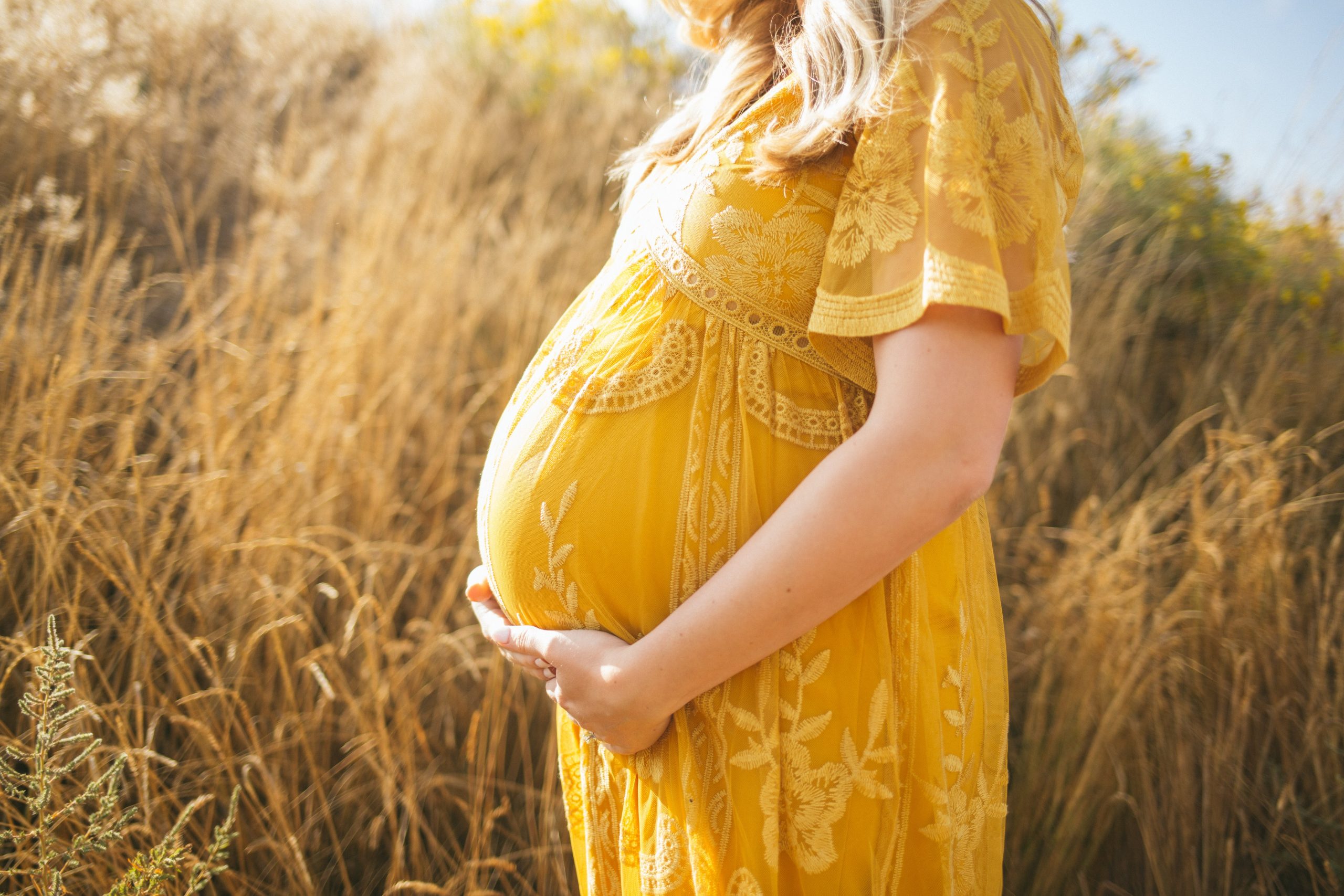 As any self-respecting pregnant woman knows, pregnancy is not an excuse to let yourself go and look, well, you know, pregnant. But it’s no longer enough to just not gain weight. Mums-to-be now must also be as cut as a serpent’s tooth.

Allow me to present to you… pregnancy abs.

Stage’s 1.2 million Instagram followers soon began following her pregnancy (and her six-pack) as closely as her obstetrician.

“I legit look like this right now after eating a bowl of soup,” wrote one follower of the model’s barely-there belly. And Cosmopolitan squealed “Sarah Stage is so pregnant and so hot right now”.

Cosmo also took the opportunity to provide other pregnant women with a handy guide on how to get their own pregnancy six-pack.

“You can have insane abs during your pregnancy — here’s how,” promised one article.

It’s simple! All you need to do is eat small meals to “maintain the integrity of the muscles so they don’t stretch”- never mind the stretching from the growing baby- and exercise regularly. And, oh yes, it helps if you have the genetics of a supermodel.

For good measure, Cosmo had their pregnancy abs expert, Franci Cohen, on hand to tell everyone that she “went back to teaching workout classes days after giving birth to each of her four children”.

Hear that you fat, lazy new mums who want to rest and recover from your pregnancy and birth?

Another commenter, who’s surely in the running for husband of the year, wrote “If my wife looks this good pregnant at 8.5 months I’ll be the happiest man alive”.

But this being the internet, things turned ugly quickly. Stage’s followers decided that they’d take it upon themselves to bring her down a peg or two.

Faster than you can say ‘selfie stick’, the concerned medical professionals of Instagram- also known as ‘Complete Strangers With No Discernible Medical Training’- started accusing the model of causing harm to her unborn child.

“The baby is probably really small and I would imagine she will have a hard time making milk,” wrote one critic.”Where’s this baby hiding at? Definitely not her tummy!!” snarked another.

Despite the wave of online concern, Dr Bill Batman, who manages shared care obstetrics at the Royal Women’s Hospital, says it’s impossible to know if Stage was jeopardising her baby’s health from an Instragram photo.

“I would think that she probably isn’t, but you can’t tell just by looking at someone’s abdominal musculature if they are harming their unborn baby,” Dr Bateman says.

And for those of you who have now added pregnancy abs to your list of ‘must haves’, Dr Bateman says most people will fall short of this goal.

‘I’ve never seen a pregnant patient with a six-pack and that includes women who are personal trainers and gym enthusiasts,” he says. “These people haven’t remotely come close to a six-pack, although they probably haven’t been planning to.”

If there’s one thing we can take away from the whole pregnancy abs episode, it’s that we, as a culture, have officially reached Peak Stupid.

Both sides of the ‘pregnancy abs’ kerfuffle have spectacularly missed the point. The issue is not that a woman somewhere has pregnancy abs.

The real issue here is that people feel entitled to weigh into a debate about how another woman should look during pregnancy, as if there is a right and a wrong way to do pregnancy.

It’s also not surprising that a woman who makes a living from taking photos of herself in her undies continues to do so when she’s pregnant.

Sure, look at the Instagram feed if you want. But let’s not turn ‘pregnancy abs’ into a moral or health issue. And let’s not pretend that the same look is achievable for most women with some careful dieting and exercise.

But most of all, let’s leave Stage’s health, and that of her baby, to her and her medical professionals.