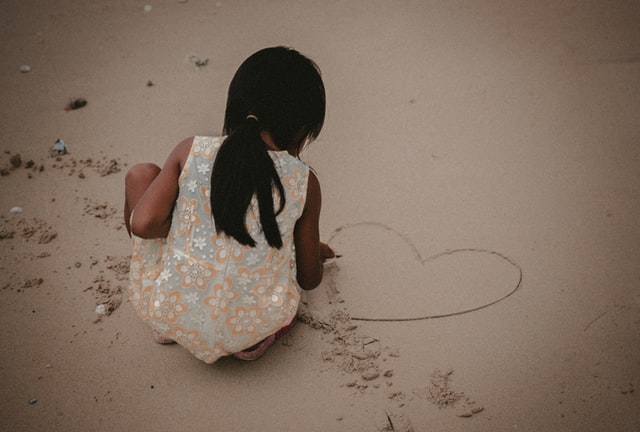 My daughter is five and already some of her little friends are worried they’re fat. It’s heartbreaking that amongst their thoughts about fairies and Smiggle gel pens are concepts like ‘diet’ and ‘detox’.

My daughter’s peer group is far from unique. 41 per cent of children are worried about how they look and 80 per cent of 10-year-old girls have been on a diet.

Weight loss dieting in children is dangerous. Girls who start dieting before the age of 15 are more likely than their non-dieting peers to experience depression, binge eating and purging. Dieters are also at risk of micro-nutrient deficiencies, loss of muscle and bone mass, and a slowed metabolism which can, ironically, lead to weight gain.

In a culture that champions weight loss dieting as the holy path to redemption, teaching our kids to have a healthy relationship with food and their bodies can seem a Herculean task. But there are some things we can do to minimise the chances of our kids boarding the life-long diet train.

Don’t talk about the appearance of your body or anyone else’s body. Ever.

Dietitian and body image advocate Meg McClintock says even positive comments about someone’s body or weight loss can lead to a destructive focus on body shape and size.

“It creates weight stigma and bias and if children aren’t fitting into the thin ideal, or don’t think they are, then they internalise the negative stereotypes,” she says. “This increases their chances of depression, lowers their self-acceptance and reduces satisfaction with life in general.”

If your children are engaging in body-talk, explain that people come in all different shapes and sizes and you can’t tell just by looking at a person if they are healthy or not.

Despite the well documented health problems, not to mention the ineffectiveness of dieting, many still regard dieting as a positive, healthy behaviour. And, on some level, many parents consider it their job to pass dieting habits onto their children, particularly daughters.

McClintock says many of her clients’ introduction to dieting came from their mothers. “Their mum took them to Weight Watchers or used to say, ‘You’d be so pretty if you lost weight’.”

Ending the cycle of dieting and encouraging a healthy relationship with food begins by stopping such behaviour at home.

For many women, though, not dieting is unthinkable. In such cases, McClintock counsels clients to avoid critical language of food or food groups.

“For example, if you’re not having any carbs at dinner don’t tell your kids that carbs are bad or they make you fat.” she suggests. “Say, ‘I’ve had enough of that food group today and I don’t need any more’.”

Similarly McClintock says to remove the moral judgments around food by replacing references to “good” and “bad” foods with “sometimes foods” and “everyday foods”.

We all want what’s best for our children and many parents, with the best of intentions, consider putting their children on diets.

For example, if their kids are being bullied because of their weight, parents can think a diet is the solution. But that’s a worrying message on many levels.

“I’m uncomfortable with the idea that the victim is seen as the problem,” says McClintock. “The problem is the bully, not the weight.”

“What goes into kids’ heads can do more damage than what goes into their mouths. Parents should be more worried about their child’s eating behaviours rather than their weight.”

McClintock says if children are often eating when they’re not hungry then parents should find out why.

Psychologist and director of BodyMatters Australasia Sarah McMahon says that a child’s first diet can trigger a life-long pattern of dieting and potentially eating disordered behaviour.

Rather than learning to fear food and battle with their bodies, children should be taught from an early age to listen to their bodies.

“The more external messages and control parents try to have over kids’ food intake, the more kids lose the ability to feel and respond appropriately to physical cues in their bodies,” says McClintock.

4. Make sure children understand the real meaning of health

Despite what public health bodies and the weight loss industry would have us believe, health is not defined by a number on the scale.

Health is a dynamic, the outcome of a complex pattern of behaviours, that comprises of all facets of our lives, including the physical, the social and even spiritual.

Nutritionist Justyna Kalka says children need to understand that their bodies are amazing machines and chemical factories, and there can be serious consequences when they try to force their bodies into submission with extreme dietary measures.

“Be an active family, teach your child about the great health benefits of movement, tell them how it strengthens the body healthily,’ she says. “So when they feel vulnerable about their size or shape they will be more likely to resort to a walk on the beach rather than a week on a diet or some crazy detox they picked up from a magazine.”

“The literature shows that it’s not enough to know that something is photoshopped to stop us from feeling bad about ourselves,” McClintock says. “We actually have to minimise exposure.”

She advises cleaning up media channels, including social media feeds.

“Thinspiration is not inspiring and is more likely to lead to higher levels of body dissatisfaction which can lead to doing fewer life-affirming activities such as playing sport and participating actively in class.”

We can’t protect our children from all the negative body image messages, so we also need to help children view the food, beauty and diet industries with a critical eye.