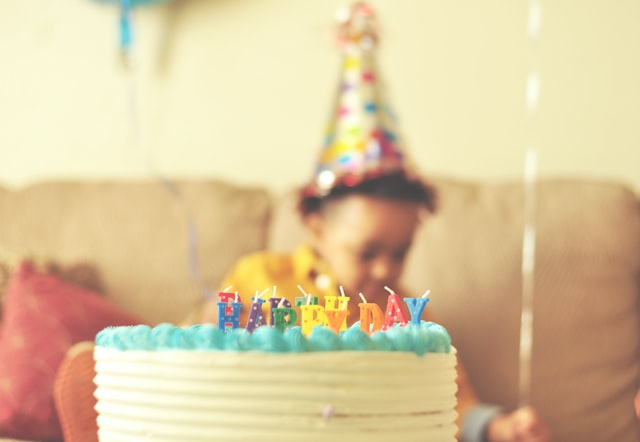 Perhaps its the sugary drinks, the food colouring or the distinct lack of maturity, but there is something about children’s birthday parties that means they frequently cause a fit of tears. And that’s just the parents.

“Of all the reasons parents come to me crying, birthday parties are in the top five,” says Friendship skills expert (and anti-bullying program founder) Dana Kerford.

The lead up to the party can often be the worst time. This is where the politics of who’s invited must be navigated, and it can be a minefield.

“Parents will say to things like, ‘My daughter found out that she wasn’t invited to this child’s party and we invited them to our party, and I’m friends with the mum,’ and it becomes something that children and parents really struggle with,” says Kerford whose company URSTRONG runs friendship skills workshops in schools.

I know. I’ve been there. I remember the first time my daughter didn’t get invited to a birthday party. It felt like someone had stabbed me in the heart.

Yes, yes, I know. It was a ridiculous and disproportionate response. But six years later I can still recall that feeling as if it were yesterday. My one solace is that I know I’m not the only one.

Children’s birthday parties become so contentious that, according to some of my friends, some private primary schools have adopted a school policy stipulating that if a child is going to have a birthday party then they must invite all the children in their class.

One consequence of this all-or-nothing policy is that it’s likely to produce eye-wateringly expensive parties – even if you try to do it on the cheap.

Worse, while it might save kids – and their parents – from hurt feelings in the short term, a policy such as this runs the risk of creating unrealistic expectations about how friendships and social occasions actually work.

After all, we all miss out on things occasionally. Rather than protecting our children from disappointment, we should be helping them to learn that it’s normal not to be invited to everything and that it’s not the end of the word.

Obviously, this lesson is going to be more effective if we as parents are able to maintain perspective and keep our emotions in check. To help our children understand that it’s normal not be invited to some things, Dana Kerford suggests sharing a story of when you weren’t invited to something and explain that it was actually okay.

“Stay calm. Tell them that we all feel left out sometimes,” says Kerford. “I would say something like: ‘My friend Sophie has got this whole other group of friends that she goes out with all the time and I don’t get invited to that, but that’s okay and that doesn’t impact my friendship with Sophie. We’re still really awesome friends.’”

Now that I am a more experienced mother I am a lot more chilled about birthday party invitations. After all, these are children’s parties, not adult parties. This means that the child gets to decide who is on their guest list and we should avoid overlaying our adult expectations about reciprocity or social norms.

While we want to help our kids build their resilience for when they miss out on invitations, we can still take steps to minimise other children’s hurt feelings.

Kerford says that if you’re not inviting everyone in the class then birthday party invitations should not be handed out at school. Send the invitations privately instead so not everyone knows about the party.

And as hard as it is for an excited child to keep their mouth shut, we should encourage our child not to speak about their party at school, even with the children who are invited.

And most of all, remember that children’s parties are about the children. They’re not a reflection of your worth as a parent or the strength of your friendship with other children’s parents. Keep that in mind, and hopefully the only tantrums you’ll be dealing with are the age appropriate ones.