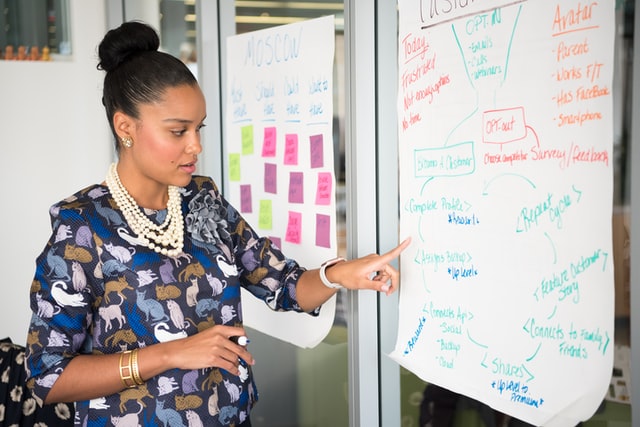 When I was 12 years old I cried myself to sleep every night for a week because I was a fraud.

People thought I was clever but I knew better. Despite working hard and doing well at school, deep down I knew I’d somehow cheated my way to success. I felt hopelessly out of my depth and lived in fear of the day other people also realised that I was crap at everything.

I know now that I was suffering — and still do suffer — from impostor syndrome. Not to be confused with false modesty, impostor syndrome is a psychological phenomenon of feeling like you’re faking it.

For us impostors, past successes are chalked up to luck, timing or somebody taking pity on us and giving us a free pass. Despite external recognition of our accomplishments, impostors can’t shake the feeling that they’re a little kid playing dress-ups in a grown up world.

On the odd occasions that I’ve let slip my guilty little secret to friends, you would have thought that I’d opened my own little Catholic confessional business. Outwardly confident and accomplished women spill the beans that they too are weighed down with self-doubt.

Despite a decade of experience, a teacher friend confesses that she still feels inadequate standing in front of a class. A barrister mate tells me that she vomits before every trial because she feels like she’s ‘pretending’ to be a barrister. And a highly accomplished IT consultant feels like she’s ‘fooled’ her clients into thinking she is more capable than she is.

My friends and I are in good company. Actress Kate Winslet admits to feeling like a fraud before going on a shoot. Similarly, seventeen Oscar nominations and 26 Golden Globe nominations haven’t been enough to convince Meryl Streep she isn’t rubbish at the whole acting thing.

Streep has been quoted as saying: ‘You think, “Why would anyone want to see me again in a movie? And I don’t know how to act anyway, so why am I doing this?’”

Feeling like a fraud can lead to some destructive — not to mention career limiting — behaviours like passing up a promotion because you feel you’re not worthy, unnecessarily pointing out mistakes in your work to bosses or colleagues, running yourself down with self-deprecating humour, and standing on the sidelines while — in many cases — less qualified male colleagues just dive in and fake it till they make it.

While both men and women suffer from impostor syndrome, men are often better at faking it.

In her book The Secret Thoughts of Successful Women, Dr Valerie Young writes that from a young age, women ‘are socialized to be concerned with fairness and openness. If you do something wrong, you apologize.’

This is quite a different from boys, for whom saying sorry is often regarded as a sign of weakness.

Young tells a story of a male co-worker who told her, ‘Some mistakes really only matter if you get caught. It’s like sports. If the official didn’t see you step on the line, then it didn’t happen.’

It took almost a decade of climbing the corporate ladder before it dawned on me that to some degree or another, everyone is an impostor. As that great modern philosopher Donald Trump put it, ‘Even if you haven’t encountered great success yet, there is no reason you can’t bluff a little and act like you have.’ (Yes, I did just quote The Donald approvingly. And no, he hasn’t said anything else worth repeating.)

I now realise that my feelings of inadequacy will never go away.  Instead, I’ve learnt to embrace my inner impostor, telling myself that if everyone else is faking it then surely I can too. If you’ve spent a lifetime believing you’re an impostor, then faking it is the one thing you can confidently excel at.

I’ve faked it as a management consultant. I fake it as an author and a journalist. And I even fake it as a wife and a mother.

And sometimes I catch myself and realise I actually am all of those things. But those moments are rare and fleeting and then I’m yet again overwhelmed by feelings of inadequacy.

So to all those imposters out there, allow me to fake it as a self-help guru for a moment and tell you to embrace your inner phoney, take it on faith that you’re more capable than you think you are, and remind yourself that most of the time, no one else has a friggin’ clue either.